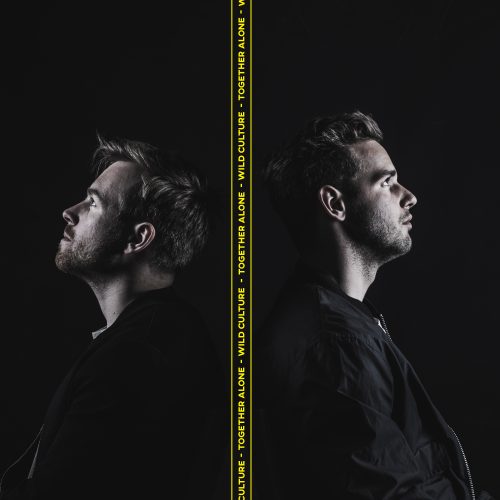 PREORDER NOW
PREORDER NOW
Info
DJ Duo WILD CULTURE present their comeback from the festival season with their new emotive single „Together Alone“ including female vocals by Loren Nine.
Felix and Florian, the minds behind WILD CULTURE, paired rhythmic drums, massive subs and enchanting piano sounds to get the best out of the new song. Combined with a catchy melody the two Austrian producers and DJs developed a new masterpiece, which narrates a couple’s love story and their subsequent separation. With the addition of harmonizing lead vocals the song evolves to a truly magnificent feast for the ears. The result is an absolute banger, which unites a heartbreaking story with beautiful melodies, so that the listener nearly forgets the profoundly emotional crux behind the tune. WILD CULTURE remains true to their simplistic style with deep house elements and organic sounds, leading to a staggering musical ambience with „Together Alone“.
When Austrian producers Felix and Florian met for the first time, they couldn’t have imagined what enormous impact they would have had with their project WILD CULTURE. With more than 20 million plays on Soundcloud, 27 million plays on YouTube and 21 million plays on Spotify WILD CULTURE have made a name for themselves in the global dance music community and were able to attract attention & buzz from all over the world. For the last few years the Austrian duo has been touring through multiple continents, reaching from Europe to South America and from the US to Australia and have played DJ sets at festivals such at e.g. World Club Dome, Electric Love Festival, Ushuaia, Electric Mountain Festival and PlayStation Theater.